Talk about the latest gigs, publish your show reports, and reminisce about past performances.
Post Reply
17 posts

This website is claiming it's on Saturday, the 8th:
http://www.songkick.com/concerts/163798 ... esant-town
Top

(Don't know how I missed that; I had it written down on the shows page as the 8th though.

Bummer! According to this, the NYC Soul Asylum show is only open to residents that live in that community:

"On the TA Facebook, Edmund John Dunn has noted that the Soul Asylum concert is being advertised on the band's website without the notation that the concert is for PCVST residents and their guests."
Top

Brief summary of the show --
Brian, Rob and I made it to the PCV/Stuytown show yesterday. It will go down as one of the strangest SA shows I've been to. It's true that you needed to be a resident or a guest of a resident in order to get in; the complex brought extra security in due to residents' complaints over the past few years. I saw several people get turned away from the "Oval," though I think they were able to watch from outside it. The audience inside seemed to consist of just a couple of hardcore fans....and a variety of young families and elderly folks.

That said, it ended up being a great show. The band had a lot of energy despite the strange circumstances. Michael was back on drums and Dave made a lot of banter with the audience, even dancing to entertain a little girl at one point. He did have to edit a few things -- his typical "flipping the bird" gesture in Oxygen, the f-bomb in Take Manhattan -- for the audience.

The set list is below and Rob has some great photos to upload...

So were you guys guests of residents or did you just watch from outside the oval?
Top

mystic_spiral_3 wrote:So were you guys guests of residents or did you just watch from outside the oval?

My buddy lives there and got us in, so we were able to secure our rightful spot at the front.

Oh yes, we got in the oval, and we got up front. A Soul Asylum show is srs bsns, and we take a back seat to no one.

Good review Carin, that sums it up. Yes, the people there were either 4 year old kids, 35 year old parents, or 75 year olds. The opening act was a local band named Skyfactor who performed original songs plus Billie Joel's You May Be Right. The lead singer lives in the Stuyvesant apts.

Dave told two jokes, the one about the antennae (the wedding was okay but the reception was awesome) and the other was "If a man had a uterus it would be called a duderus." He also made some attempts at jokes about the Oval and he dedicated a song to the Oval people, the triangle people, and the squares. Dave also kindly acknowledged the First Avenue t-shirt worn by some dude in the front row and a Minnesota North Stars ("Not the Texas North Stars") shirt worn by a woman also in the front.

Misery included the Silly Love Songs tag. Otherwise the set was all originals - seems like it has been a while since I've seen them do a show with no cover songs. They soundchecked Take Manhattan and I Did My Best. 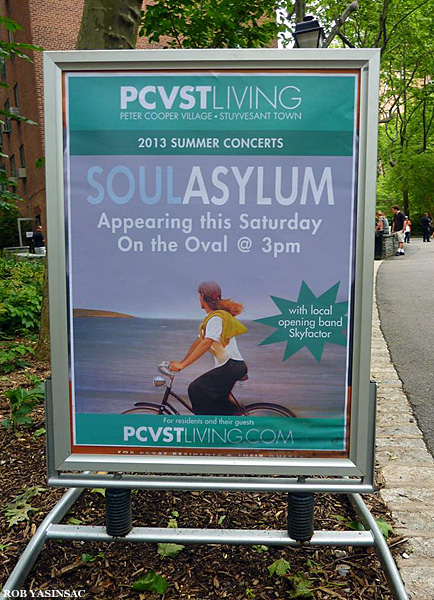 A greeter/security type almost went through with our post-show request to secure one or two of these posters but his boss told him, over walkie-talkie loud enough that we could hear, not to do it because the sign boards "are a pain in the ass to put back together." 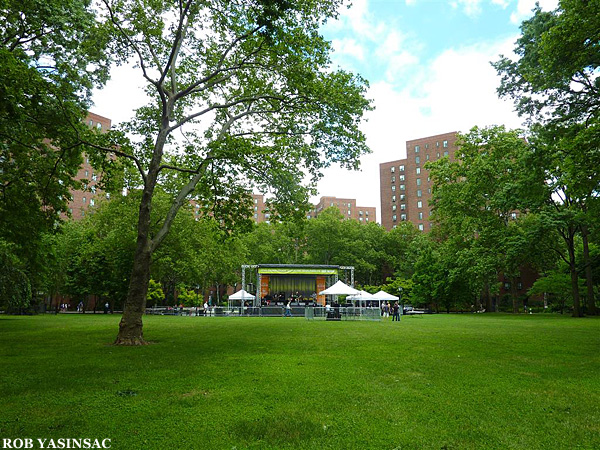 View from outside the Oval during Soundcheck.

View of the lawn from the stage - I think I took this just after the opening act performed. It got more full as SA came on stage. 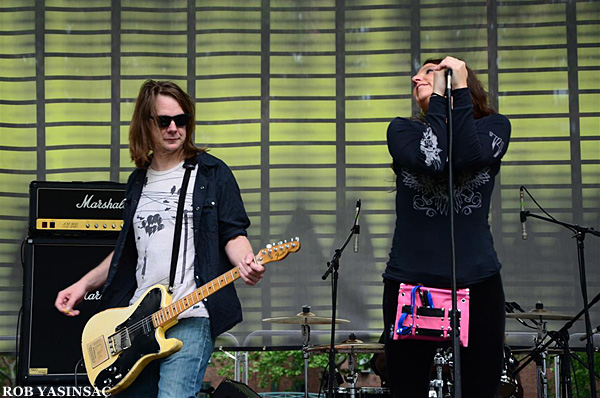 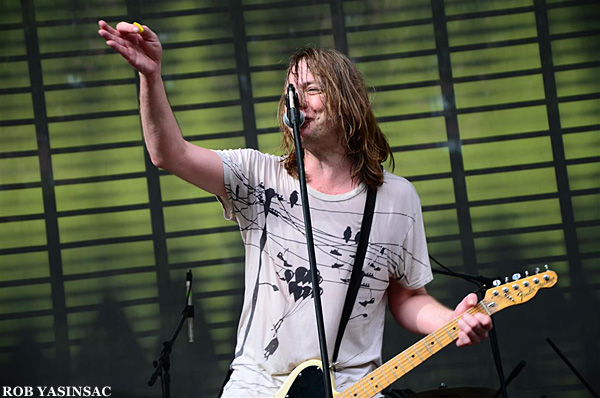 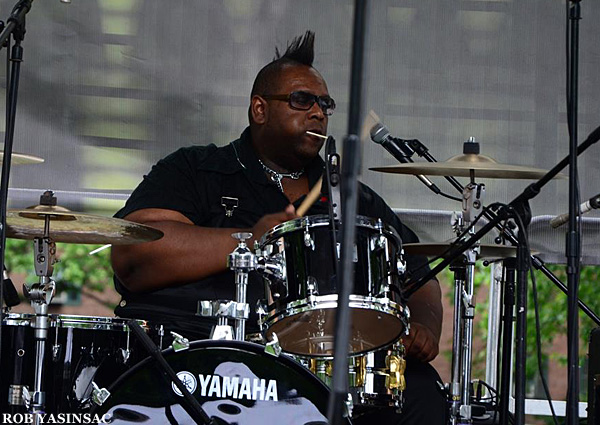 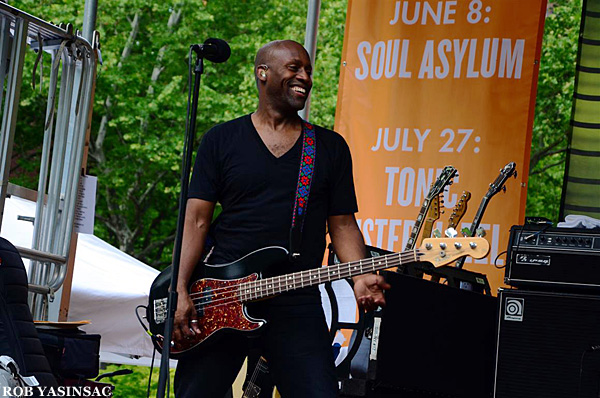 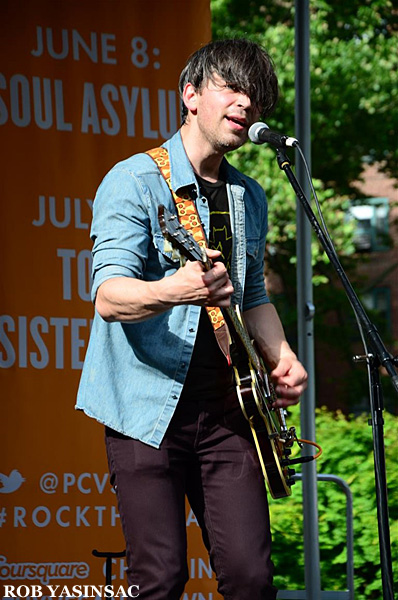 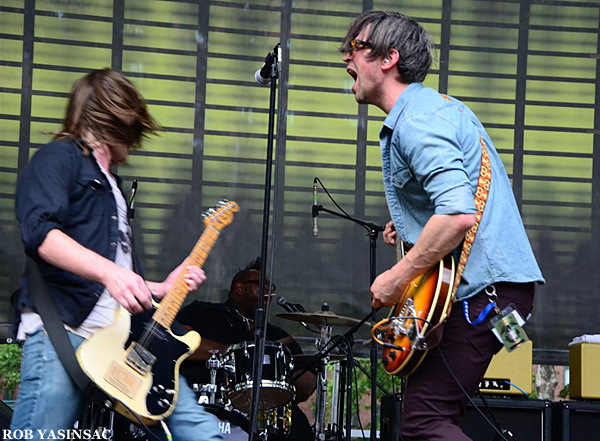 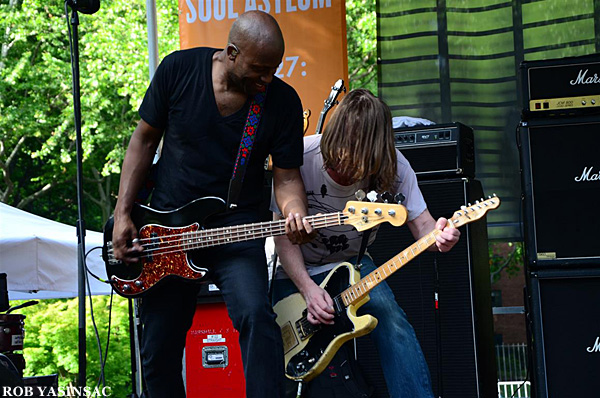 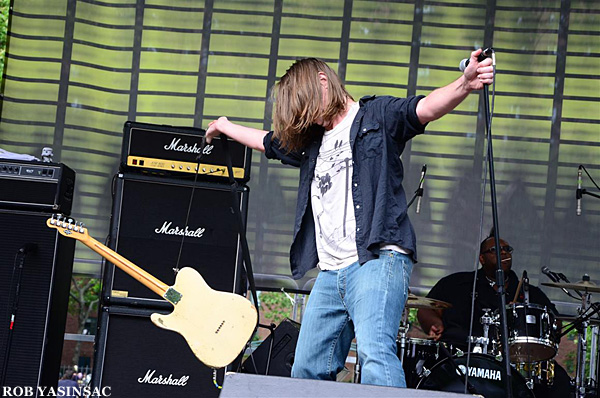 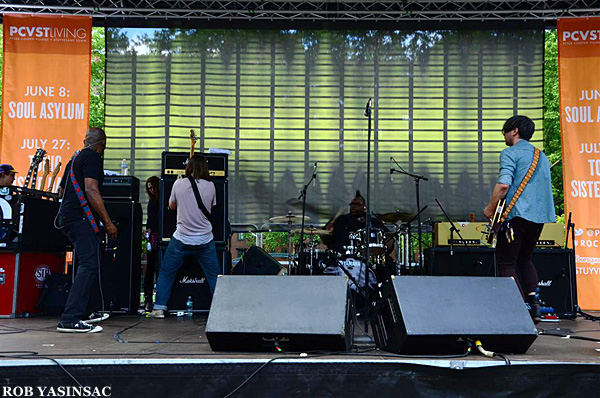 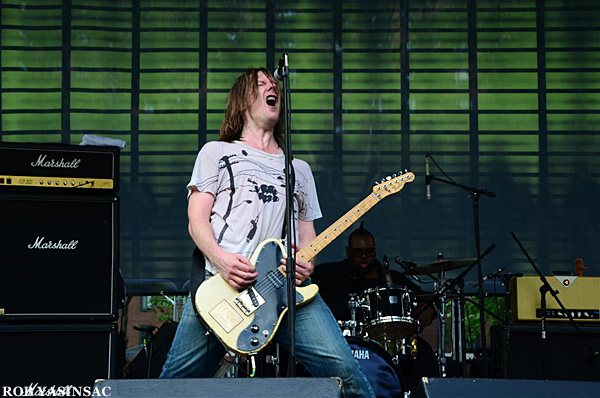 Yaz McBoo wrote: A Soul Asylum show is srs bsns, and we take a back seat to no one.

On first reading the parameters regarding attendance, I thought the whole thing quite odd (still do, really. Not to mention, I wonder why they wouldn't book another local gig for Friday evening, or even last night). That said, it looks and sounds like it was a good time; glad y'all were able to see it!
Top
Post Reply
17 posts

Return to “On the Road”

AcidTech by ST Software Updated for phpBB3.3 by Ian Bradley